Dee's Country Cocktail Lounge is The Honky Tonk You’ll Love, and the One That Will Love You Back

There’s a reason that locals and tourists alike continue to travel across Nashville city limits to beloved Madison gem Dee’s Country Cocktail Lounge. There are multiple reasons, actually --first off, it’s a dive bar that has stayed true to its honky tonk roots. With affordable drinks and plenty of places to hang indoors and out, it’s easy to get lost in the magic and forget you’re on a side street in the suburbs. Every night is a good night at Dee’s. You’re pretty much guaranteed to walk in on a great show, whether it be a well-respected traveling act or a cherished local songwriter, any night of the week. Most of all, Dee’s feels like home; the ambience is there, the staff is welcoming, and most importantly, the crowd is diverse.

When Amy Richardson decided to open Dee's Country Cocktail Lounge in 2016, she was making the most out of bad luck and a good opportunity. “I had become friends with Andy Gaines who owns Mickey’s and sometimes we would drive around Madison, where he was born and raised. We were like, ’how is there not one country bar in this town?’” Richardson recalls. “I had just come back from a road trip. I went to work [at a local restaurant] the next morning and I got fired, they couldn’t afford me. I was gonna go meet with Andy and his wife that afternoon. I called him and said ‘I can move up that 2 o’clock meeting, I just got canned.’ Two hours later, I went by their house and we ended up shaking hands on the deal to open Dee’s. I was unemployed for two hours, and then I was on the road to doing my own thing.”

Dee’s opened its doors in December 2016, offering a low-key, intimate setting for gathering and live music. Richardson had a specific vision in mind, pulling from childhood memories of growing up in Wisconsin and Chicago in the 80’s and tagging along with her dad to local bars. “I molded Dee’s to have that feeling of when you walk into a bar that looks like it’s been there for a long time and it feels like home.”

Though they initially hit some speed bumps booking bands, Dee’s hit their stride when they established the Madison Guild on Mondays, which morphed into a permanent residency for local bluegrass group East Nash Grass, catapulting it to one of their most popular nights of the week. “That is a really big part of the older crowd that aren’t regulars necessarily -- they love bluegrass and were flocking to Madison to avoid dealing with the bullshit parking in the Gulch,” Richardson explains.

“We also opened up avenues for people to see country music without having to go to Broadway. It’s gross that musicians are not allowed to play their own music downtown. Would you ask someone like Chris Stapleton to cover a song when you hear his voice? Hell no. To us, it was exciting to offer that platform to artists. And I think that was a big part of our success as far as the music goes; we were supportive to the artists.”

And for locals, Dee’s is much more than just a venue or a watering hole, it’s a safe space. “Of course you hope you make money, but to look around the room and see a couple of girls on their first date together, my two gay regulars who have been around the corner for 30 years, and then Sue Havlish, who is 70, there with her husband. All these mixed mash people with crazy regulars. Those are my happiest moments, to see such a diverse crowd.” Sue Havlish says it best, “We regulars feel very possessive about ‘our’ bar. We love Dee’s with a passion. And Dee’s loves us back.” 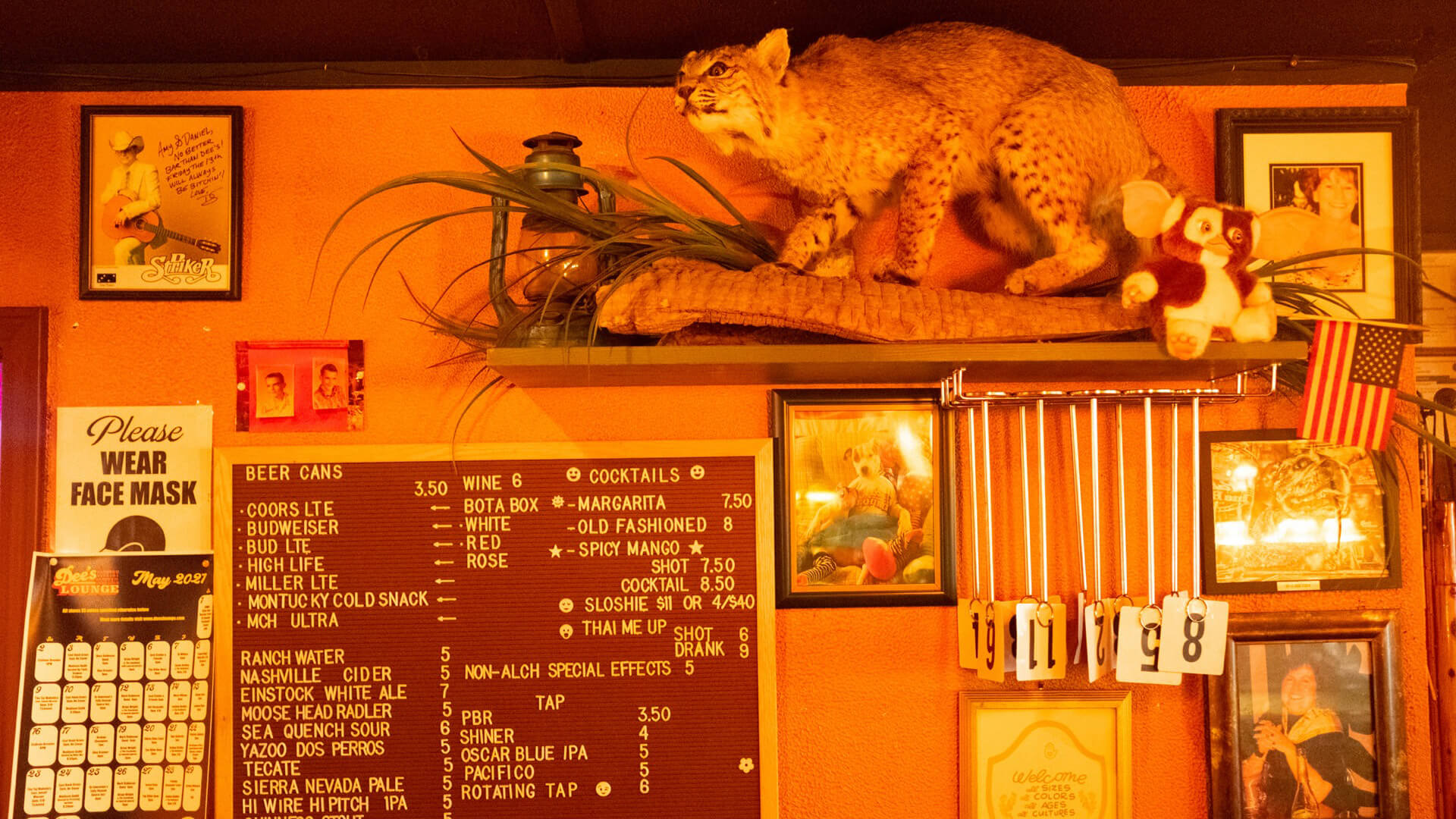 Back to Sites & Sounds Nashville >